So, the San Diego Chargers are officially relocating. The one team that I’ve consistently cared about, through thick and thin… gone.

Over the past few years, as the discussions to move the Chargers to Los Angeles really heated up, I’ve felt many different emotions. It got me thinking of the 7 stages of grief:

I traveled to New York to watch you play. It was a classic game, you had a huge lead at halftime and gave it away at the very end!

Many games were watched on this very sofa. Playoff games (or game) even!

When it got cold, I bundled up in your blanket and kept my feet warm in your socks.

I learned to cook for you!

I wore make-up for you! I felt like the prettiest Charger fan that day.

My wife even dressed as me for Halloween one year… 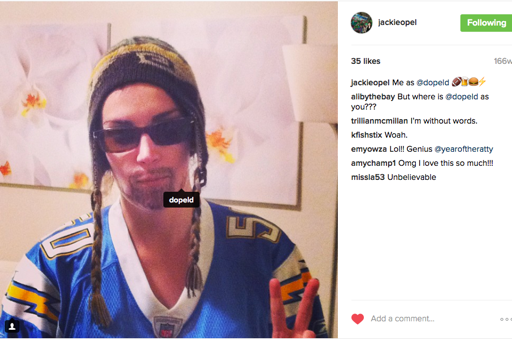 It’s hard to imagine that next season, there will be no San Diego Chargers. I don’t know yet if I’ll still be a fan of the LA Chargers. I’ll root for the players, but I don’t think I’ll feel a strong connection to the team.

One thought on “Lights Out”